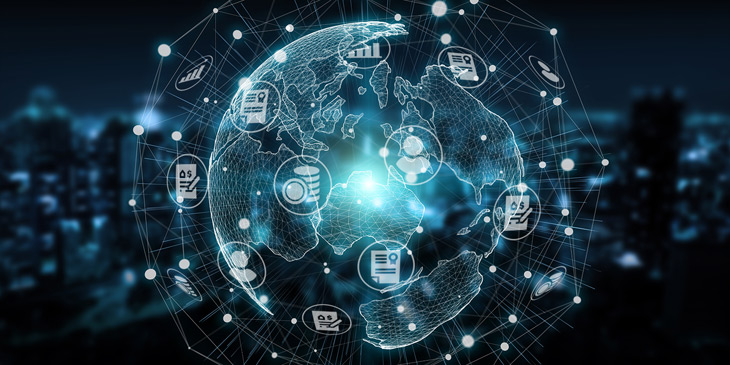 We often hear about blockchain's wonders. But how exactly does it work? And how will this technology affect real estate? Find out in today's article.

At this point, it’s pretty much sure you’re heard of blockchain, cryptocurrencies, and the gigantic potential that this technology has.

And yet, as much hype that we hear about it, most people still have no idea how blockchains work and WHY exactly they should be excited about it. Many believe it’s just a fad or just a niche application for a small number of tech-savvy individuals.

So in this article, I want to offer a brief primer of how blockchain works, and why I believe it will inevitably revolutionize the way real estate transactions happen. ESPECIALLY now when the entire industry is being forced to do virtual showings, sign documents electronically, and other forms of remote transactions. 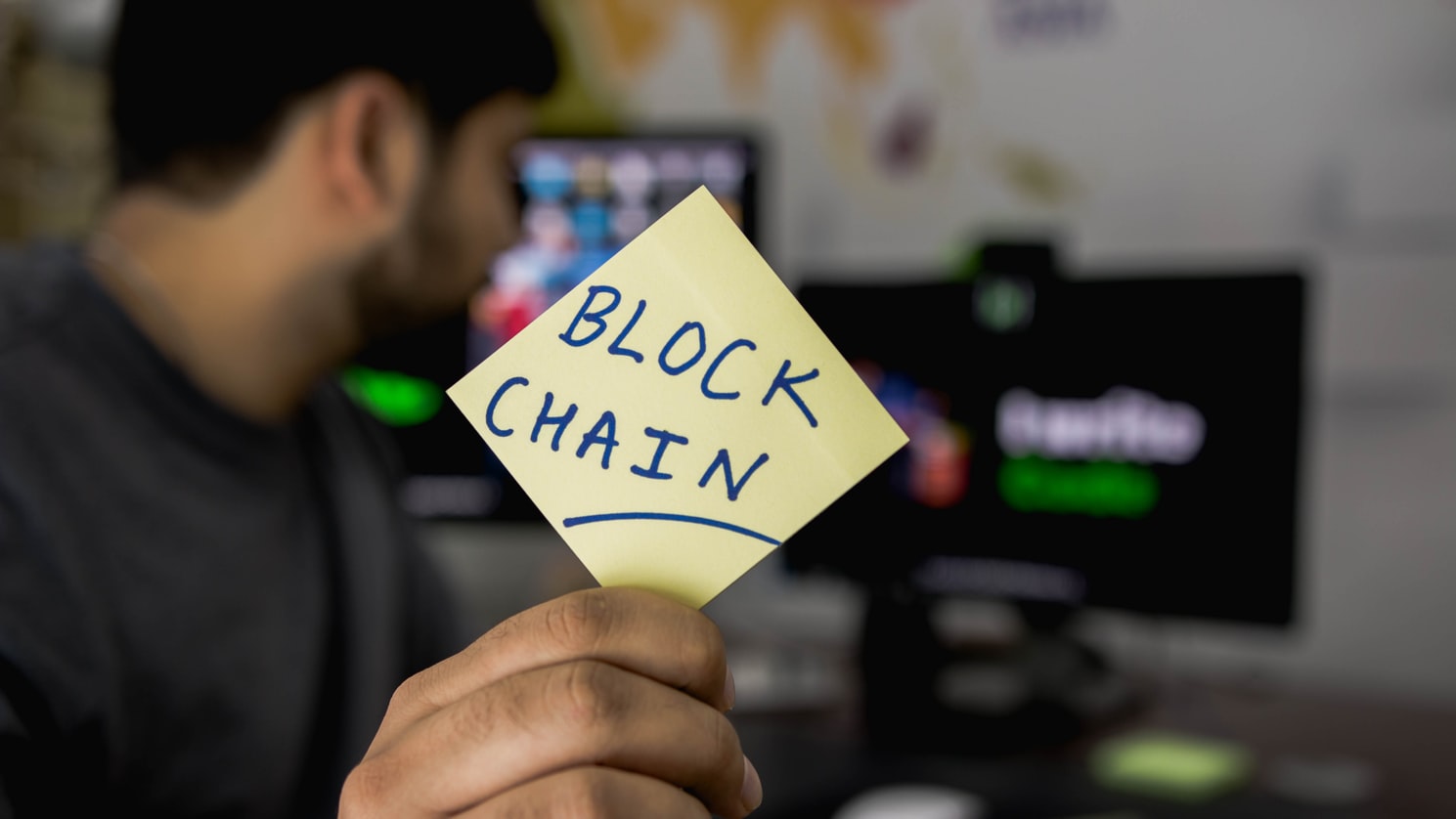 What exactly is a blockchain?

At its most basic level, blockchain is exactly what its name suggests: a chain of blocks joined together. However, instead of physical blocks, we’re talking about blocks of information stored in a public database.

What is a block in a blockchain?

A block in a blockchain is just a package of information that contains details about a transaction. In fact, it is not that different from the way your regular bank account works.

Whenever you open a new bank account, you’re given an account number. This number is used instead of your real name whenever you do any transfers or transactions.

Attached to this bank account is a ledger of every single transaction you’ve done with that account. And whenever you buy something, make a deposit or pay a bill, a new entry is made into that ledger.

Every single entry into that ledger - that is, every transaction - is the equivalent of a block on a blockchain.

In the case of a blockchain, each block contains details about the transaction. Details such as the user’s username or id number (the equivalent to an account number), the date, time, the monetary amount exchanged, and recipient.

This block will be given its own unique ID number (called a “hash”). This is to differentiate it from other blocks, including those that have identical purchases.

What is a chain in a blockchain?

Going back to our bank account example, your entire transaction history is stored in a ledger. But before a new entry is made into this ledger, the bank has to do a number of things:

In the case of a blockchain, before a new block is added to the blockchain, the block needs to be authenticated. However, unlike a bank, which does all the authorization from a single set of servers, a block is authenticated by a decentralized network of computers. Each of these computers is called a “node.” Here’s how the process works:

“Publicly available?” you may ask. “Isn’t that bad?”

Believe it or not, thanks to its usage of cryptography and decentralization, it actually provides far better security than in traditional banks.

In the case of blockchain, because the ledger is distributed among thousands of computers all over the world, they would need to change ALL OF THEM in order to tamper with a block’s information.

Second, your personal information is never revealed. The only thing that is used to identify your account is either your username or user id number.

Third, every node in a blockchain network has a complete copy of the entire transaction ledger. In order for a transaction to be authorized, the system compares the ledgers of thousands of computers to make sure there are no discrepancies. If one is found, the divergent ledger is edited so that it conforms to the consensus of thousands of other ledgers.

So, here we have a technology that could make sure that our transactions stayed safe despite third-party malice. Where do we sign up? 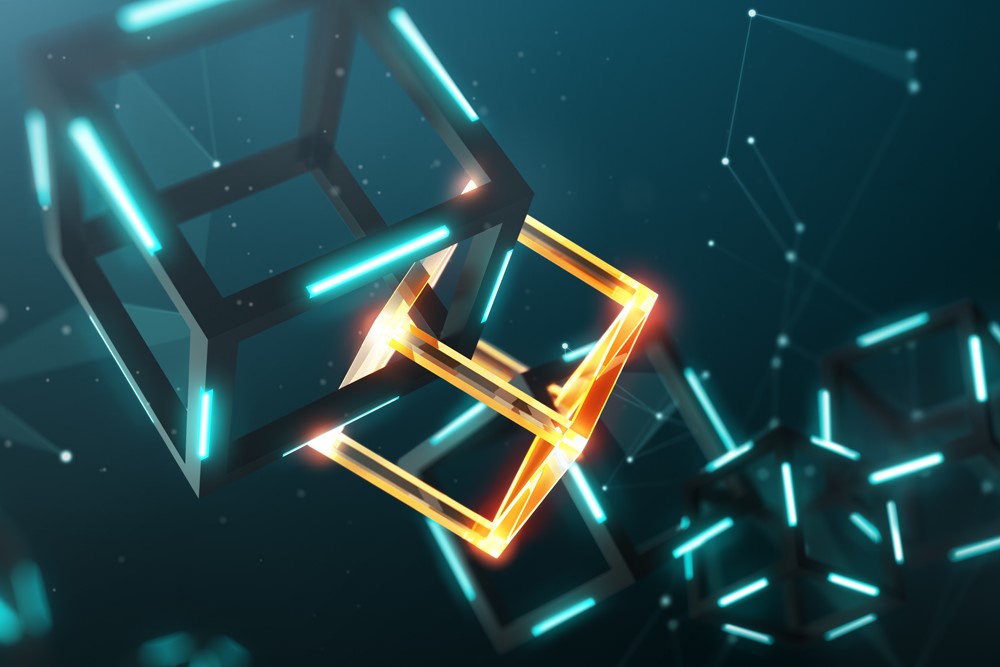 How blockchain will change real estate

Real estate is not just about buying a house or renting a space for your store. It’s a trillion-dollar industry that requires paperwork, legalities, permits, payments to several parties, detailed accounting, and many other actions.

All of these documents need to be checked by hand and have not been automated yet. Some need several people to do it, but blockchain could help reduce that labor significantly and efficiently.

The vital areas in real estate that could be automated and/or improve thanks to blockchain are:

When you purchase any kind of property, you get a physical deed that proves that you are the owner. This deed needs to be kept safe in your house. While government offices might keep physical copies, or even digitized copies in their databanks, physical deeds could disappear in a fire. And government databanks could be hacked, deleted, or lost due to human error or negligence.

If titles and deeds were to use blockchain technology, they could be kept in a decentralized ledger with no real need for a paper trail.

This will also make titles and deeds accessible from anywhere in the world and would make it extremely easy to check ownership records. Additionally, other parties could see it across the world. There would be very little room for error.

This is another concept that’s important for blockchain. It is the process of using an identification symbol (token), so that sensitive data is hidden from the public, but still available for transactions to happen.

The token itself has no value, but it leads to relevant information. In simpler terms, it’s a way to protect your payment details.

A real-world example would be your Paypal account. Once you enter the details of your card, the site creates a token so that third-parties cannot see that information, but can still process transactions. That way, it’s completely safe for you, and you don’t have to enter your card number every time you want to buy something.

In terms of real estate, tokens can be made so that money transfers are handled under specific rules, and give buyers more security and control over where their money goes and how.

Using tokens would also make exchanging assets faster and cheaper. It will allow the management of dividends, as well as more corporate transactions to take place in an almost risk-free manner.

Therefore, investors would have more options in the end.

Now, if real estate funds are tokenized, the overhead cost could significantly decrease, and there will be more room for innovative business models.

There would be more liquidity and availability of assets. When it comes to shared properties, tokens can easily handle who has access to them.

With the help of smart contracts (which can already be found on the Ethereum blockchain), the entire buying, selling process could be far quicker and efficient.

Additionally, everything done in a real estate transaction would have a traceable backup on the ledger. Furthermore, all the transactions and sales fees could be controlled in the same space and cataloged.

Get Free 10 Day Trial
Want to dominate your hyperlocal real estate market? Then you need to check out AgentFire’s Spark Sites.

Click the button below to learn more, and start your free 10-day trial!

With everything from payments to ownership being listed on the chain, all other paperwork will be much easier. When it comes time for financial statements, balancing accounts, income statements, etc. you might set all that up to be audited in real-time.

This allows individuals, investors, and companies better control of what’s happening with their books. And once again, we have to mention that it reduces human error.

If our identities are recorded through blockchain, it could change our lives in many industries. Basically, a ledger could show what properties you own, as well as other details about it, such as insurance, credits, mortgage payments, etc. These things could be publicly accessible so that you know who you are working with during a transaction.

For example, if you want to buy something from a person you just met, you could – theoretically – see everything regarding that property thanks to this technology.

If you want to know if a new tenant would be suitable for your new apartment building, you could check their credit history, jobs, and possibly more information.

The idea is to bring all this information together in one space to maximize efficiency, security, transparency, and more. Imagine all your essential documents in one spot that could never disappear. It sounds like magic, right?

So, blockchains are records of all kinds of details that could be specified for different kinds of data. With that in mind, it looks like we will see this kind of “magic” sooner than we expect.

Blockchains could potentially be created for our identities. From there, records of everything we have ever done in our lives could be updated. Things no one would be able to erase without some complicated work.

Regarding our investments in Real Estate, we would be up-to-date and up-to-code in a more straightforward manner. Some of us don’t even know what government department to visit if we want a copy to the deed of the house. It could mean no more hiring lawyers or notaries for paperwork.

Technology has made our lives much more comfortable already, but that doesn’t mean that this is it. The possibilities are now endless. Our accounting, purchases, transactions, payments, investing, dealing, negotiating, and accessing could be smarter.

And all industries are taking notice.

This is the future. 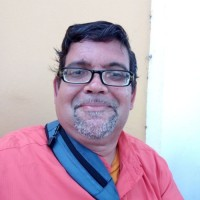 Jesús is a doctor turned cryptocurrency and blockchain enthusiast who loves sharing his thoughts on cryptocoinsociety.com to help simply crypto in order to make it more accessible to the masses.

If you want to stay up to date on all of our free and valuable content, subscribe to our newsletter. We publish valuable articles and guides such as this one regularly. That way you can constantly improve your marketing skills, and become a more effective real estate marketer.

And if you want to dominate your hyperlocal real estate market, check out AgentFire’s Spark Sites, #1 rated for several years in a row.

And the best part? You can try out all of its amazing features for free with our 10-day trial.

Check out this article next 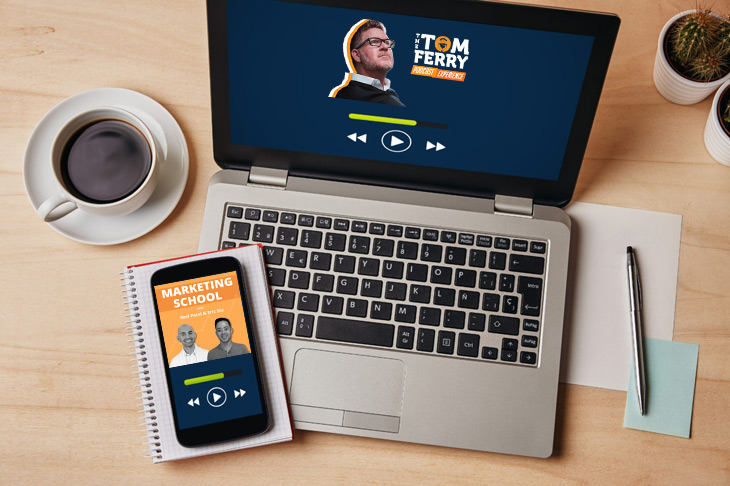 Once you have created your account, you will then be able to fill out some basic information and launch an awesome hyper local website!

You are almost finished!

Take a few minutes and finish my site now
🕓 10-15 minutes to complete
Book in a guided setup with a success manager
🕓 30 minute video meet
Still have questions and not ready to finish your setup? Click here to book in a demo.

Time to celebrate!You can now login and start building your site!